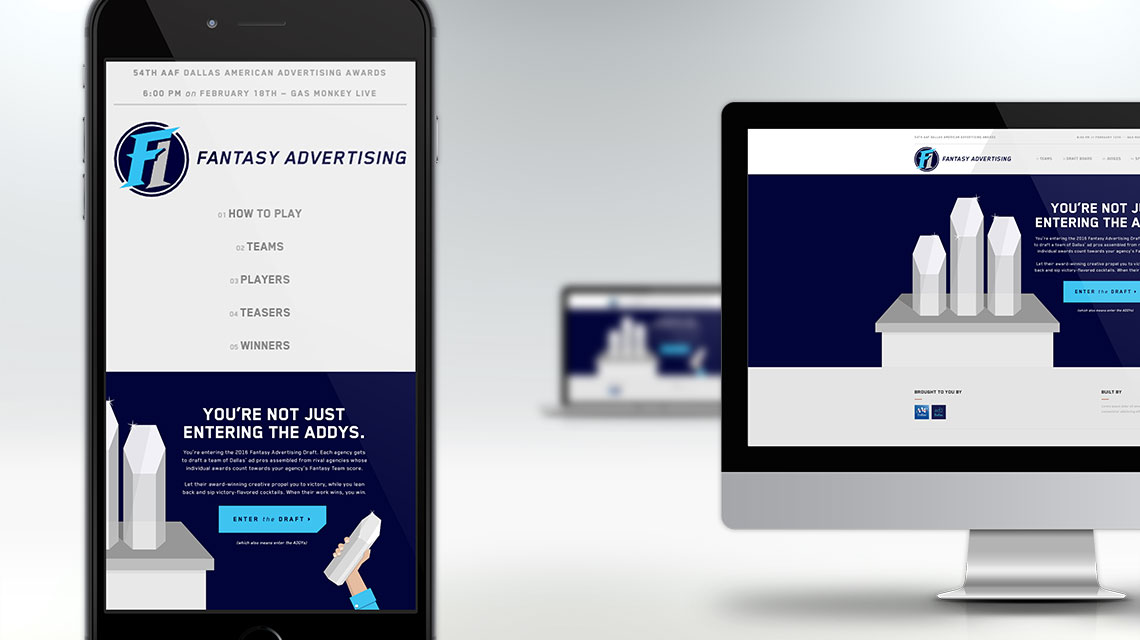 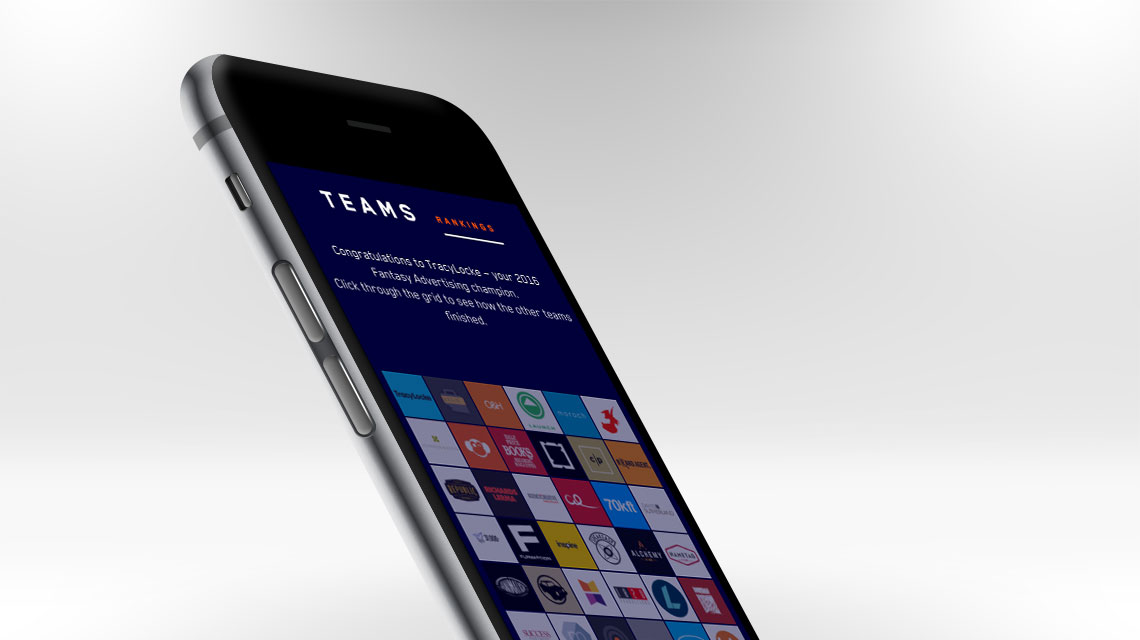 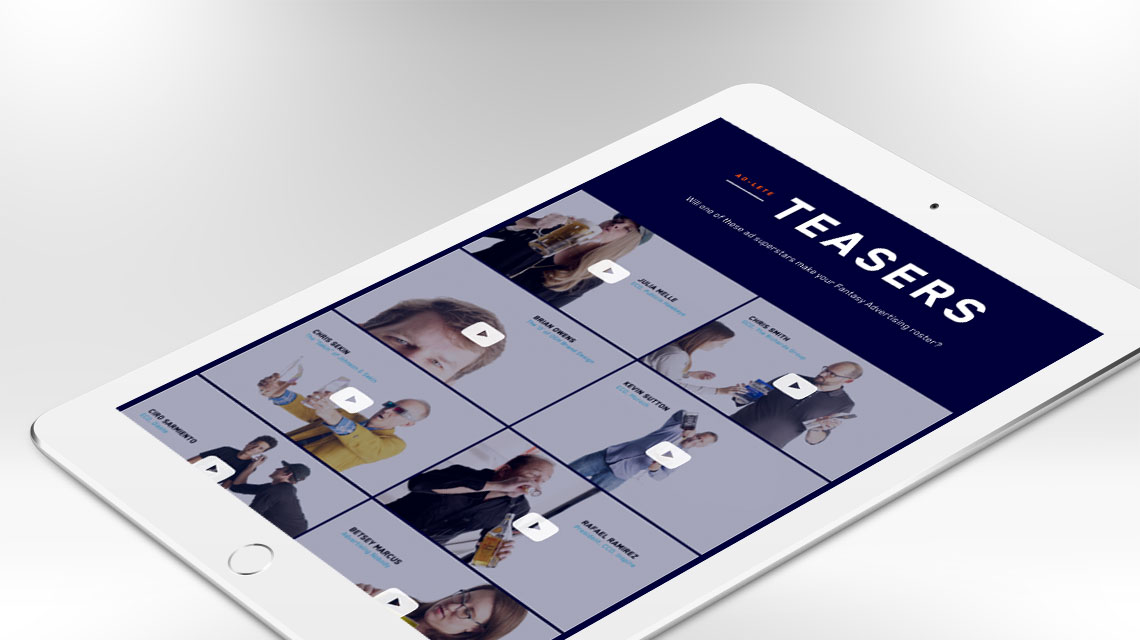 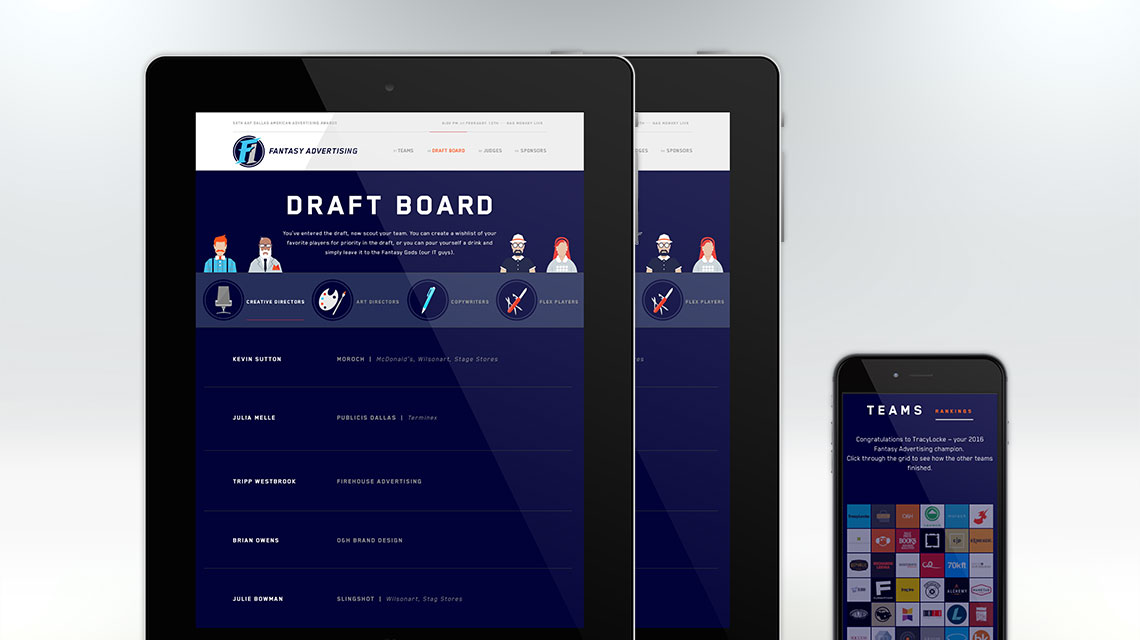 We took the typical entry process and gave it a twist that made the 54th Addy Awards a real life, fantasy football-style game. Upon submitting work, agencies were able to enter Fantasy Advertising. Using the same premise of Fantasy Football, entrants could select from a group of ad pros or auto-draft to create their own fantasy team. Then, during the actual Addy’s ceremony, they could track their team’s progress. Each time their players won an award, the entrants earned points, with one contestant winning it all. We also leaked scouting report teaser videos prior to the draft that featured some of Dallas’ biggest Ad-letes.